The town is jumping from having no solar PV arrays at all, to soon having two, and potentially three (if town meeting agrees on Monday).

The timing of the Public Safety Building and DPW Garage solar projects is important because the state incentives are going to change at  the end of 2017, making the economics of such solar arrays less advantageous – so because of the recent legislative changes, it became a do it now or not at all proposition.

Comments Off on Solar PV – X3

This from the Energy Committee about the town meeting article looking to adopt the stretch code, thereby become a Green Community, and thereby get the DOER $148,000 grant for doing so –

Massachusetts regularly updates the State Building Code to improve quality, safety and energy efficiency of construction in the Commonwealth.  The Building Code is the “stick” to encourage improvements in construction. By adopting the Stretch Energy Code, Medfield, like 161 other Massachusetts towns, would be an early adopter of what eventually will become the next State Building Code.  The “carrot” for Medfield to be an early adopter is a grant of $148,000 which will be used to improve Town building energy efficiency.

Massachusetts has been recognized as the nations leader in energy efficiency for the past five years.*  As Governor Baker said “Energy efficiency is the most cost effective, accessible way for Massachusetts to meet our clean energy goals and help ratepayers manage their energy costs. “

The Green Communities program, run by the Department of Energy Resources (DOER), encourages towns in the state to cut their energy usage and to simplify siting of renewable energy.

Substantial dollar grants are given to towns that meet 5 Green Communities criteria:

#2 Enable permitting within one year for renewable energy

The Medfield Energy Committee has been working for 4 years to qualify Medfield as a Green Community and to earn a $148,000 grant with the potential of $250,000 annual grants thereafter.

At the 2014 Town Meeting, a warrant article to adopt a Stretch Energy Code was voted down.

* American Council for Energy- Efficient Economy and the US Department of Energy.

Comments Off on Stretch code at ATM

The annual town meeting is Monday evening at the MHS gym 7:30 pm.

The Warrant was mailed to all households and is also available online at the town website.

Comments Off on ATM Monday

Posted on April 21, 2016 | Comments Off on Hospital Road paving today

Hospital Road is  being repaved as part of the contract from last summer to lay the new water line from well #6, which is off Rte.27 next to the Charles  River, to the new water tower at the MSH.

Hospital Road in Medfield closed Thursday and Friday for paving. Detour in place. 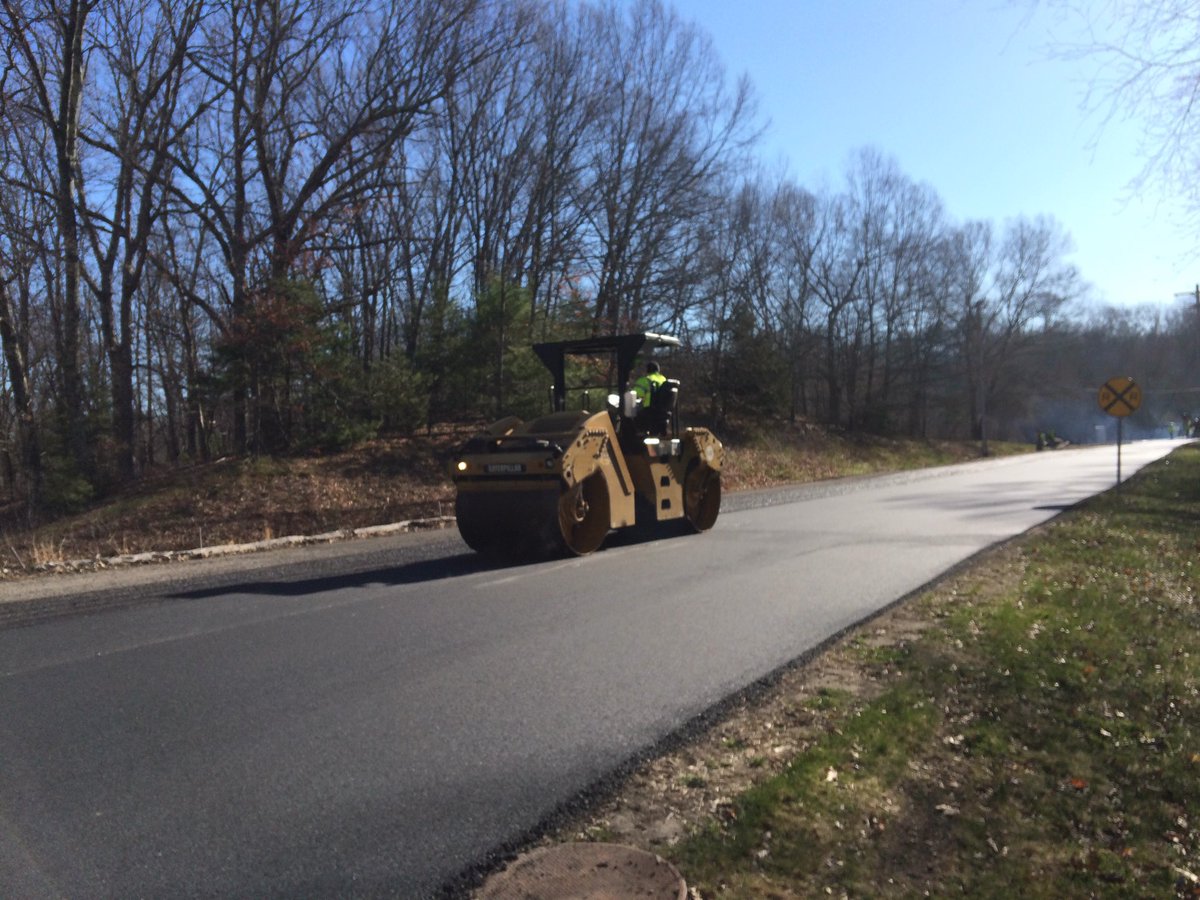 Posted on April 20, 2016 | Comments Off on Solarize Medfield

Selectmen signed an agreement Tuesday this week to officially launch Solarize Medfield – http://www.solarizemedfield.org/ – great website.  This from the website –

The Solarize Medfield team’s goal is to increase the adoption of solar energy systems through a grassroots educational campaign, driven mainly by Medfield volunteers, and partnered with an Installer to be selected, with a tiered pricing structure that increases the savings for everyone as more home and business owners in town sign up.

Mass CEC will provide us their technical and marketing expertise and guidance, to help bring us a wide variety of vender proposals. Our Request For Proposal (RFP) will be going out shortly so that vendors can begin bidding to be Medfield’s installer.

How the program works

Once a vendor is selected, each homeowner will contact the vendor for a free evaluation and quote to install solar on their property. The vendor will explain the details of the install and evaluate the homeowner’s property. Some properties may not be optimally situated for solar.

The vendor will then install the system, provide training, manage all the paperwork needed, and handle all owner issues directly. It is because the quality of service really matters that only top rated vendors will be considered.

Once your contract is signed, the system adds to the tiered pricing formula. If following tiers are reached after you sign, the vendor will refund the difference to you.

Comments Off on Solarize Medfield

US News & World Reports rates MHS as #4 in Massachusetts and #154 nationally.

Posted on April 19, 2016 | Comments Off on Medfield earmarks proposed

Per an email from John Nunnari, Representative Shawn Dooley is asking for monies for Medfield in the state budget

Two amendments filed to the House budget and up for consideration during next weeks debate.

Comments Off on Medfield earmarks proposed

Information is coming in fast and furious as we approach town meeting. Fortunately, it’s just about all good news. The following are proposed changes to the articles and budgets that you should take into account. Some of them you will need to amend your votes.

Worker’s Compensation: reduce the requested appropriation by $32,937 to $230,000. A couple of our bad claims, which stay on the books for three years from the date of filing, are coming off, which will reduce out Experience Modification Factor and, consequently, reduce our Worker’s Compensation premiums.

Things are changing faster than I thought. Two minutes after I sent you my email on the budgets, I got an email from our insurance carrier that we would be receiving a participation credit on our Liability Insurance coverages, As a result we can leave that requested appropriation at $198,000 rather than increasing it to $208,000. Mike S.

Comments Off on ATM articles status

The House released its proposed budget numbers, and we do about $200,000 better than last year with their proposal.  The Governor gave us about $100,000 more than last year.  Usually our numbers do not go down, and the Senate which weighs in last often increases our total state aid.   The Governor did revenue sharing by increasing part of our state aid by the same 4.3% that the state’s revenues increased, and the House extends that 4.3% increase to more state aid items. I am not sure why our Charter Tuition Reimbursement has gone up so much on a percentage basis.

Below is the report and instant analysis from the MMA yesterday afternoon on the state budget as it affects municipalities.

Earlier this afternoon, the House Ways and Means Committee reported out a lean $39.5 billion fiscal 2017 state budget plan to increase overall state expenditures by 3.3 percent. The House Ways and Means budget is $76 million smaller than the budget filed by the Governor in March, yet it also increases Chapter 70 aid by $24 million above the Governor’s recommendation by increasing minimum aid from $20 per student to $55 per student, and also includes a new $10 million reserve to aid communities impacted by changes in the calculations used to account for low-income students. The full House will debate the fiscal 2017 state budget during the week of April 25.

H. 4200, the House Ways and Means budget, provides strong progress on many important local aid priorities, including the full $42 million increase in Unrestricted General Government Aid that the Governor proposed and communities are counting on. The House W&M Committee would increase funding for several major aid programs, by adding $5 million to the Special Education Circuit Breaker, adding $1 million to Regional School Transportation, and increasing Chapter 70 minimum aid to $55 per student.

PLEASE CLICK HERE TO SEE YOUR COMMUNITY’S LOCAL AID AND PRELIMINARY CHERRY SHEET NUMBERS IN THE HOUSE WAYS & MEANS BUDGET, AS ESTIMATED BY THE DIVISION OF LOCAL SERVICES

$42 MILLION INCREASE IN UNRESTRICTED MUNICIPAL AID
In a major victory for cities and towns, H. 4200 (the HW&M fiscal 2017 budget plan) would provide $1.021 billion for UGGA, a $42 million increase over current funding – the same increase proposed by Governor Baker. The $42 million would increase UGGA funding by 4.3 percent, which matches the growth in state tax collections next year. This would be the largest increase in discretionary municipal aid in nearly a decade. Every city and town would see their UGGA funding increase by 4.3 percent.

CHAPTER 70 MINIMUM AID WOULD INCREASE TO $55 PER STUDENT
The House budget committee is proposing a $95.8 million increase in Chapter 70 education aid, with a provision providing every city, town and school district an increase of at least $55 per student. This is $24 million more than the recommendation in the Governor’s budget submission. The budget would continue to implement the target share provisions enacted in 2007. Because most cities and towns only receive minimum aid, this increase would benefit the vast majority of communities.

FUNDS A $10M RESERVE TO AID COMMUNITIES WITH LOW-INCOME STUDENTS
The House Ways & Means budget also includes a new $10 million reserve to aid communities impacted by changes in the calculations used to account for low-income students. This would supplement Chapter 70 distributions to address shortfalls in aid levels due to the new methodology used to count low-income students. DESE would administer this program, and make funding decisions by October 2016.

$5 MILLION INCREASE INTENDED TO FULLY FUND SPECIAL EDUCATION CIRCUIT BREAKER
In another victory for cities and towns, House leaders have announced that they support full funding for the Special Education Circuit Breaker program. Their budget plan would provide $276.7 million, a $5 million increase above fiscal 2016, with the intention of fully funding the account. This is a vital program that every city, town and school district relies on to fund state-mandated services.

ADDS $1 MILLION TO REGIONAL SCHOOL TRANSPORTATION
House Ways and Means Committee budget would add $1 million to bring regional transportation reimbursements up to $60 million. The MMA will work to continue building on this welcome increase.

FUNDING FOR CHARTER SCHOOL REIMBURSEMENTS INCREASED BY $5 MILLION, BUT STILL UNDERFUNDED
Under state law, cities and towns that host or send students to charter schools are entitled to be reimbursed for a portion of their lost Chapter 70 aid. The state fully funded the reimbursement program in fiscal years 2013 and 2014, but is underfunding reimbursements by approximately $46.5 million this year. The House Ways and Means budget would increase funding for charter school reimbursements to $85.5 million, a $5 million boost, although this is $15 million less than the amount recommended by Gov. Baker. The program is underfunded in both budget proposals, and increasing this account will be a top priority during the budget debate.

PAYMENTS-IN-LIEU-OF-TAXES (PILOT), LIBRARY AID ACCOUNTS, METCO, McKINNEY-VENTO, AND SHANNON ANTI-GANG GRANTS
The House budget committee’s proposal would level-fund PILOT payments at $26.77 million, continue to fund library grant programs at $18.83 million, level-fund METCO $20.1 million, and level-fund McKinney-Vento reimbursements at $8.35 million. All four of these accounts are funded the same in both the Governor’s and House Ways and Means Committee’s budgets. However, the HW&M budget would reduce Shannon Anti-Gang Grants to $5 million, a $2 million reduction.

Please Call Your Representatives Today to Thank Them for the Strong Local Aid Investments in the House Ways and Means Committee Budget – Including the $42 Million Increase in Unrestricted Local Aid, Providing Chapter 70 Minimum Aid at $55 Per Student, Funding the Special Education Circuit Breaker, and Adding Funds to Regional School Transportation

Please Explain How the House Ways and Means Budget Impacts Your Community, and Ask Your Representatives to Build on this Progress During Budget Debate in the House

Comments Off on House budget #s