Posted on April 30, 2019 | Comments Off on Tribute to Mike Sullivan

Medfield TV’s Olivia Deval, a senior at Medfield High School and soon to be Babson student, crafted a nice video tribute to Michael Sullivan, that was played at the start of the annual town meeting (ATM) last night, resulting in a standing ovation of appreciation for Mike.  Our first town meeting without Mike for the last 44 years.

Comments Off on Tribute to Mike Sullivan

Through a technology failure last night, my photo did not get posted last night, so here is that post again with the photo.

The ATM moved along quickly. Not much controversy. All articles passed.

The greatest controversy seemed to be residents wanting the selectmen to spend $15,000 instead of the $1,000 that was recommended on such town improvements as the Board of Selectmen saw fit. $1,000 won out, and the budget was balanced without an over ride.  I estimated that one passing by about 60%-40%.

Water donated by CVS and distributed by the Medfield Foundation.

Along with spare controversies at the ATM, there was also sparse attendance.

The ATM moved along quickly. Not much controversy. All articles passed.

The greatest controversy seemed to be residents wanting the selectmen to spend $15,000 instead of the $1,000 that was recommended. $1,000 won out, and the budget was balanced without an over ride.

Water donated by CVS and distributed by the Medfield Foundation.

Comments Off on Town Meeting

The Stop River this morning – Medfield acting as the sponge that keeps Boston from flooding.

Comments Off on Stop River

Eagle Scouts Alex Hissong, Chris Johnson, and Collin Judge at today’s Court of Honor at the UCC this afternoon.

Comments Off on Eagle Scout

From the Moderator, Scott McDermott – NB starts at 7PM, not 7:30

See the agenda below and the backup materials here –

From the Medfield DPW – 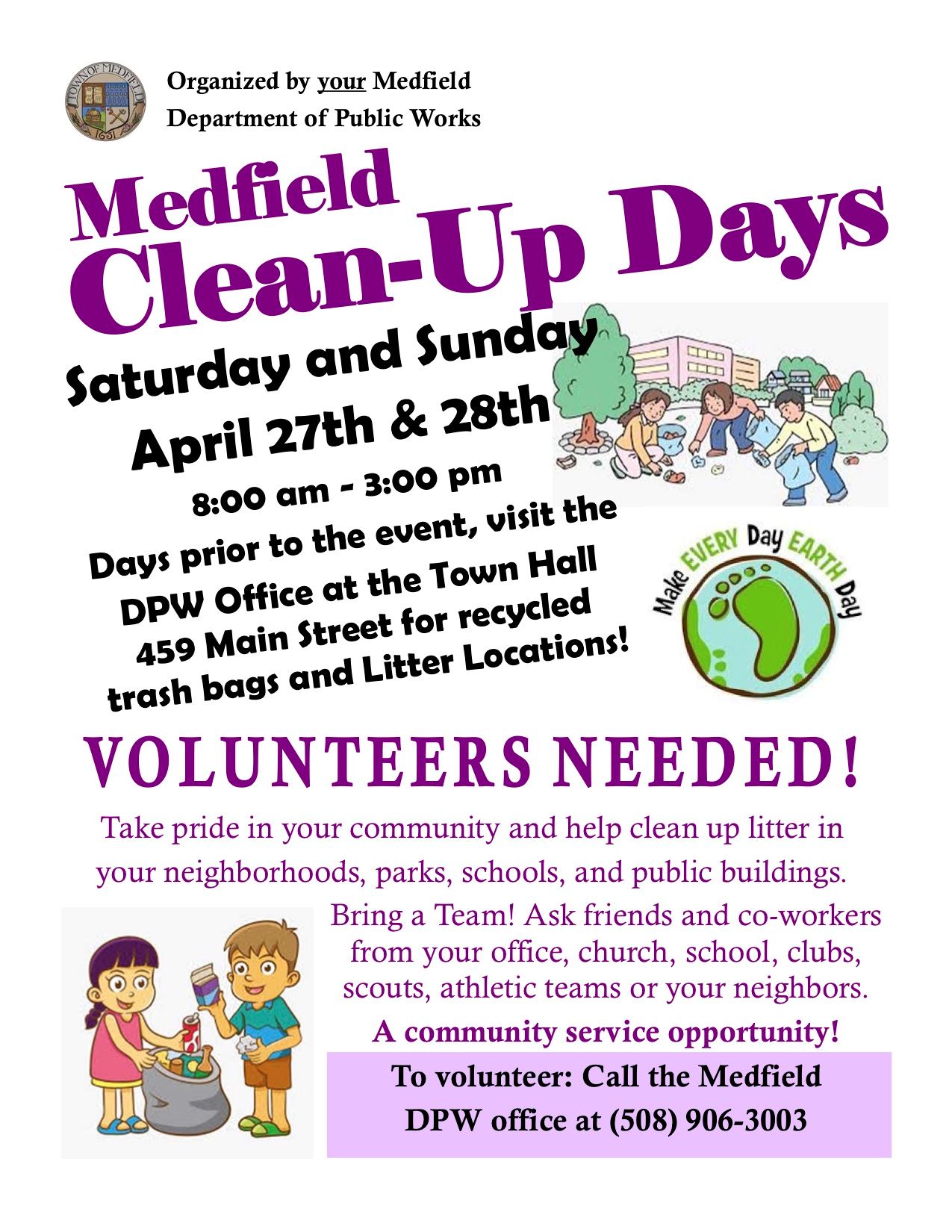 Volunteers Needed! Take pride in your community and help clean up litter in your neighborhoods, parks, schools, and public buildings. Bring a Team! Ask your friends and co-workers! This is a great community service opportunity!  A few days prior to the event you can visit the Town Hall at 459 Main Street for your Medfield Clean Up Day Recycled Trash Bags as well as litter locations where we need your help!

Posted on April 12, 2019 | Comments Off on Medfield man indicted

BOSTON – A Medfield man and Louisiana man were charged today in federal court in Boston in connection with an international business email compromise scheme that defrauded companies of almost $900,000.

Paul M. Iwuanyanwu, 39, of Medfield, and Larry Brown Jr., 37, of Lafayette, La., were indicted for wire fraud and conspiracy to commit wire fraud. Iwuanyanwu was also charged with one count of money laundering.

Iwuanyanwu and Brown allegedly worked with others to breach the email systems of companies and install unauthorized computer programs that diverted company emails to accounts controlled by Iwuanyanwu and Brown’s co-conspirators. As a result, all emails sent by or to the companies were first routed through the email accounts where co-conspirators could view the messages. Co-conspirators also had the ability to send and respond to emails as if they were representatives of the companies.

It is alleged that Iwuanyanwu, Brown, and others, used this unauthorized access to companies’ email accounts to cause the companies to redirect almost $900,000 in payments intended for legitimate business operations to bank accounts controlled by Iwuanyanwu and Brown.

Comments Off on Medfield man indicted

Comments Off on You Should Know