Medfield Coalition for Public Education (MCPE) is looking for new board members, men and women from the Medfield community with various skill sets and interests who want to have a voice in the improvements that reach our classrooms!

Board members do not need to have kids currently in the school system—just a desire to support and enrich the Medfield Schools.

This year, MCPE has specific needs for applicants with skills that would be an asset to our grant review team, graphic & web design, PR & publicity, and corporate partner fundraising. All skill sets are welcome, and we strive to have a board with diverse backgrounds.

Applications are due March 8, 2021. For more information, or to apply, please visit https://www.medfieldcoalition.org/

MCPE is excited to host its annual Trivia Night virtually! Join a team of 4-8 people on January 30 at 8 pm for a full pub trivia experience…without having to leave your couch! To sign up and learn more about how this virtual event will run, click here.

Thank you to West Street Veterinary Clinic for sponsoring this event!

Comments Off on MCPE Trivia Night 1/30

With the school year underway, Medfield Coalition for Public Education (MCPE) is hosting a series of activities to bring the community together as One Medfield–all in support of our K-12 public schools.

In the month of October, community members can show their town spirit by signing up to have a special logo painted on their driveways. Between October 5 and November 15, let’s continue to be active.

Join the Medfield Movement Challenge and walk, run, bike, rollerblade, swim or skip your way to 20.52 miles (a play on the best zip code in the world, 02052!). Sign up to receive a weekly motivational email, a log to track your progress, and a t-shirt upon completion.

Then, on November 19 at 8:00pm, MCPE launches its “Medfield Night In” series with a virtual flower arranging class in conjunction with Alice’s Table. All you need are scissors and water. Fall flowers and a decorative container will be delivered to your door, anywhere in the USA, the day before the class. Sign up now for one of the few remaining spots!

MCPE thanks their generous sponsors of these events, Will’s Hardware and Medfield Orthodontics.

Stay tuned for more ways to keep connected to your community while raising money for a good cause.

Posted on September 17, 2020 | Comments Off on Light up Medfield – Suicide Awareness Month

Andreea Cazacu, M.D., a local pediatrician and the stalwart leader of the Medfield Coalition for Suicide Prevention’s campaign to illuminate the town in purple and other colored lights in recognition of September being Suicide Awareness Month, reports the following successes to date:

As you might have noticed the many of the local stores and businesses are adorned with the colored lights. Please let your friends and family know to look for it:

Go Fresh has a string of Purple lights

Larkins has changed their sign and is teal with purple

Nosh and Grog has purple lights

Salon one has jars with purple lights as well

Brothers store has purple lights at the street

Avenue has white and purple lights hanging over their tables

Be Charmed has a purple light shining on their sign

Medfield TV has purple lights inside

A house on Main street has purple lights on their column

A house on North has purple lights in the windows upstairs

Comments Off on Light up Medfield – Suicide Awareness Month

Posted on February 25, 2020 | Comments Off on MCSP is sponsoring walk & book discussions

The Medfield Coalition for Suicide Prevention is:

Comments Off on MCSP is sponsoring walk & book discussions 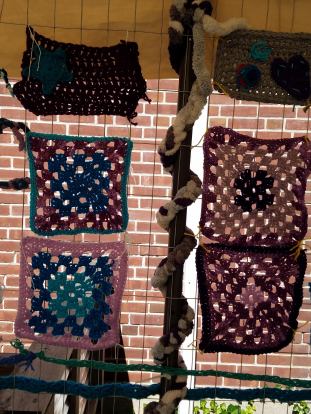 For more information go to www.MedfieldCSP.org

Tickets are available at the door (anyone with an inability to pay is welcome)!

This is a film about HOPE.

It is appropriate for high schoolers with a parent/guardian.

Comments Off on Movie about HOPE

Tracey Rogers nominated Linda Frawley for the 2017 Medfield Foundation volunteer awards mainly for her work with Girl Scouts, but also for her All Night Graduation Party (ANGP) and Medfield Coalition for Public Education (MCPE) service.

This was Tracey’s nomination:

St. Francis would tell his disciples, “Preach the Gospel at all times and when necessary use words.”  I begin my nomination for Linda with this quote as I can think of no better way to convey her lead-by-example style and dedication to Medfield Girls Scouts (MGS) over her 13 year involvement.

During this period, Linda has served in many capacities.  Most notable was her six year tenure as Service Unit Manager where she was responsible for both the day-to-day operations and long-term planning for MGS.  Each year MGS typically encompasses nearly 400 girl scouts and their familes and over 75 adult troop leaders.  Additionally, Linda has served as a troop/patrol leader (12yrs), community service coordinator (3yrs), treasurer (3yrs), CORI coordinator (5yrs) and she has organized the following events – end of the year Bridging ceremony for Scouts (5yrs), the parent/volunteer appreciation dinner (3yrs), encampment for over 100 scouts (4yrs) and MGS’ 100th anniversary celebration in 2016.

As you can see, Linda is a doer.  No job is too big or too small for her.  Her efforts have increased awareness of the benefits of scouting to Medfield families and within the overall community.  This is why MGS is one of the largest and longest running service units in the Girls Scouts of Eastern Massachusetts’ organization.

Linda has taken the principles of a national organization that is steeped with tradition and shaped them into a relavent and vibrant LOCAL girl scout organization that meets the needs of girls ranging in the age from five to 17.  She accomplished this by developing a program that offers scouts a range of opportunities to grow as individuals and at their own pace as well as one that equally supports adult troop leaders working with scouts in the field.

But more importantly, Linda has made a true impact on the lives of the girl scouts themselves.  Even with all her managerial responsibilities, Linda maintained her role as patrol/troop leader for her daughter’s grade as she never lost sight of the importance of working directly with the girls and the significance of her time with her daughter, Hannah.  Under Linda’s guidance, 17 scouts in the Class of 2016 bridged to adults and eight of the scouts earned Gold Awards – the highest award a girl scout can attain.

The benefits of a strong and active MGS to the Medfield community are numerous.  MGS is an organization that is open and accessible to all Medfield girls. It is an organization that is collaborative and works to improve the common good.  For example, MGS is one of the largest supporters of the Medfield Food Cupboard, organizes the annual Spring clean-up at Wheelock fields, visits regulary at Upham House, Tilden and COA.  Linda’s work has built MGS into what it is today – an organization that Medfield non-profits have come to depend.  When she retired last year, she left in place an infrastructure and culture that will support MGS for many years.

When I think of Linda the following expressions come to the forefront – gets the job done, breath of fresh air, sigh of relief and tireless worker.  With these characteristics in mind, please accept my nomination of Linda Frawley for MFi’s Volunteer of the Year.  Given the longevity, scope and lasting results of her work in the Medfield community, she is truly the most befitting choice for this award this year. 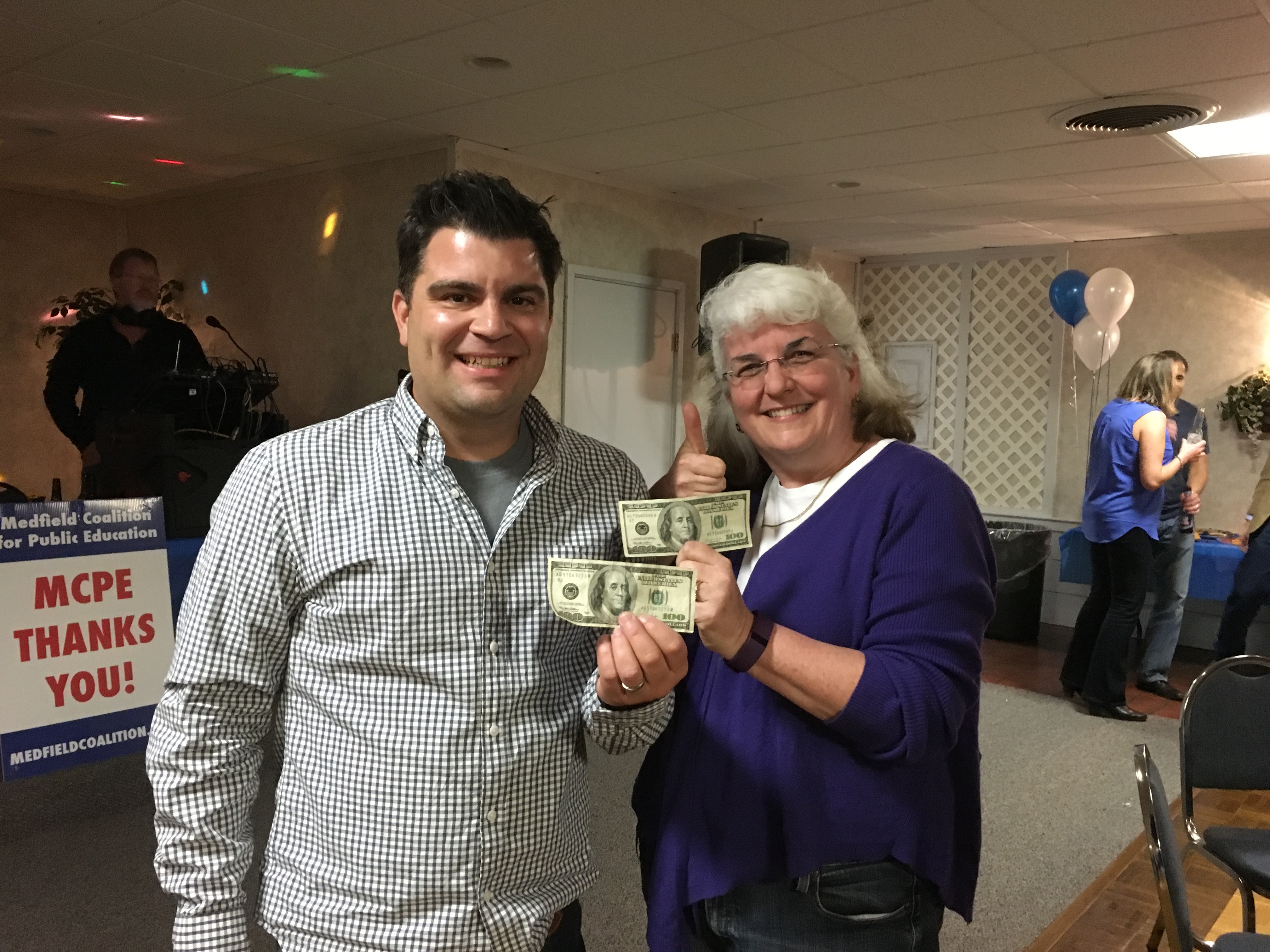 MCPE will host its second annual Left Center Right (“LCR”) Tournament, at the American Legion in Medfield on Friday, March 24. LCR is a fast-paced team dice game. This highly entertaining game of luck promises a night of laughs and fun, and a chance at winning $100! LCR is played in teams of eight to ten players. Visit www.medfieldcoalition.org for more information or to register your team. All event proceeds will support grants to the Medfield Public Schools. 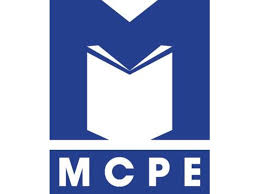 This Thursday, May 26th, please join us for the MCPE Annual Meeting at 7:00 PM at the Zullo Gallery. All are welcome.

We will be honoring and celebrating the following award winners:

new programs of study and highlights creativity and innovation. This year’s award is shared between three robotics grants from Memorial, Dale Street and the High School. These grants funded three separate, but related, creative, innovative advances in the study of robotics, fostering a commitment to the discipline, beginning with students as young as PreK and continuing through the completion of high school.