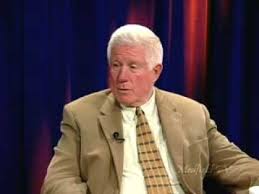 Michael Sullivan passed away this evening around 6:00pm, at Charlton Memorial Hospital, in Fall River, surrounded by his family. Mike had been found unconscious in his Fall River home yesterday, and had been listed by the hospital as being in critical condition for the past day.

The Fall River house was his childhood home. that he continued to own, as his second home. He had lived there for more than a year while he tore down and built his replacement home in Medfield about 20 years ago.

Mike had only just retired within the past month from his job as Medfield Town Administer, a job which he had held for 44 years, and which was perhaps only his second job – he had previously been an assistant in Arlington. Mike had been the longest serving town administer for about the last ten years.

No one knew more people in Medfield, nor more of the facts about and the history of the town during the many decades of his tenure. A huge part of our town’s history has ended with Mike’s death.

Mike was extremely bright, perceptive, and a wonderful and enjoyable social companion.

I already miss you, my friend.

This entry was posted in Uncategorized. Bookmark the permalink.

4 responses to “Michael Sullivan has died”