Posted on March 13, 2018 | Comments Off on Chris Allan recognized for his volunteer work

I would like to nominate Christopher Allan for the Lifetime Achievement Award in honor of his work with the Annual Town Meeting. An Audio Engineer by profession, Chris has volunteered his time, expertise and personal equipment to outfit each town meeting with the best possible audio quality available. He is currently spending the month in PyeongChang, South Korea, as the lead Audio mixer for Figure Skating & Short Track Speed Skating events televised via NBC from the Gangneung Ice Arena. Although his work takes him away from Medfield for weeks, even months, at a time, he always finds time in his travel schedule to be home for the town meeting. He handles the microphone and speaker setup, interfacing with the school system when possible, and mixes the output to ensure that Medfield residents have the best chance to understand the Warrant Committe’s recommendation as well as make their voices heard during the meeting.

In the past, he also sat on the board of Medfield.TV (“Cable 8”) and worked on the broadcasts for residents that could not make the town meeting in person. He had also worked the Cable 8 Thanksgiving Day High School football game broadcast as well as the Graduation Ceremonies for years.

The public is invited to the reception to honor all the nominated volunteers at 3PM on Sunday April 8 at The Center. The Medfield Foundation volunteer awards are made possible through the sponsorship of Roche Bros. and Brothers Marketplace, as well as a contribution for Rockland Trust. 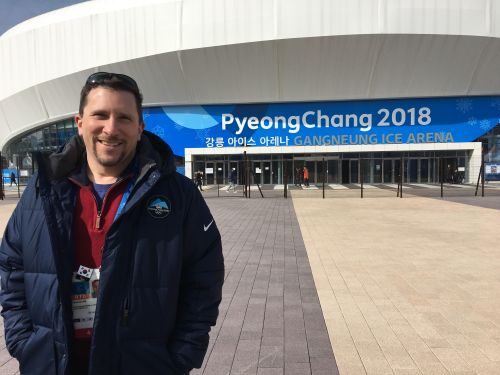