The first Town of Medfield master plan was done in 1964, and five years later the stewards of master planning in town looked back at what had been accomplished.

Interestingly, the town voted down in 1967 the recommendation to install a traffic signal at Main and North, but recanted a year later.

Of those named, I only recognize Bob McLeod as still in town. 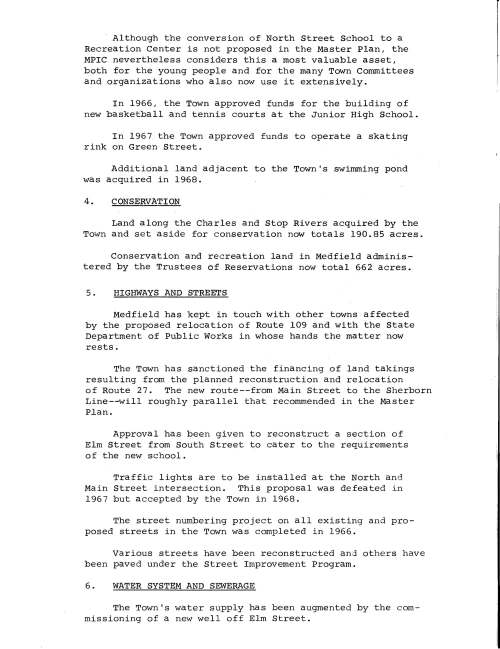 This entry was posted in History, Planning. Bookmark the permalink.