Feres Doctrine – bars servicemembers from justice against the U.S. government when injured

Posted on May 29, 2019 | Comments Off on Feres Doctrine – bars servicemembers from justice against the U.S. government when injured

From my American Association for Justice – 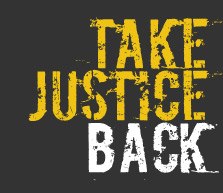 This week, the U.S. Supreme Court denied two petitions involving the Feres Doctrine, a long-standing precedent initially established by the high court, which bars active duty servicemembers from taking legal action and seeking justice against the U.S. government when they are injured or harmed incidental to military service.

Granting the petitions would have allowed the Court a chance to overturn the Feres Doctrine, which has systemically shut out claims, such as negligence and medical malpractice, brought by servicemembers for decades.

Notably, both Justice Ruth Bader Ginsburg and Justice Clarence Thomas dissented from the Court’s decision to deny the petitions:

“Such unfortunate repercussions—denial of relief to military personnel and distortions of other areas of law to compensate—will continue to ripple through our jurisprudence as long as the Court refuses to reconsider Feres,” Justice Thomas wrote.

Now more than ever, we need Congress to step up and take action to right this wrong. New, bipartisan legislation seeks to amend existing legislation, so that servicemembers can take rightful action and seek accountability when they are wronged. The Feres Doctrine undermines the rights of the men and women who serve and is affront to all Americans.

You can help by contacting your member of Congress and telling them to support the Sfc. Richard Stayskal Military Medical Accountability Act of 2019. It’s time we start protecting the rights of those fighting for ours.

This entry was posted in Legal. Bookmark the permalink.